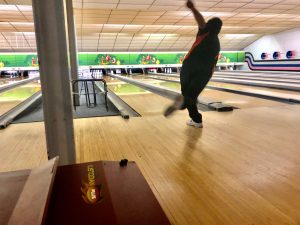 Greater Latrobe entered the WPIBL playoffs with no experience and managed to qualify for the Regional Championships at North Versailles Bowling Center on March 6. Alex Brubaker, James Gatto, Matthew Martinosky, Cole Pfeifer, and Justin Taylor did a commendable job on an extremely tough oil pattern called “the beaten path” which was challenging to all the competing teams. Dominic Panichelle and Jacob Stephenson were alternates for the competition. Despite the adversity, the Cats pulled it together to get to the next round which is March 6 at North Versailles Bowling Center.

Alex Brubaker, James Gatto, and Matthew Martinosky will be participating in the WPIBL boy’s singles competition at Sims Lanes in Beaver Falls on February 19.

Kaylee Zuzak will be representing Greater Latrobe in the WPIBL girl’s singles competition on February 20 at Wildlife lanes in Lower Burrell.

No Events This Week

Events are added by athletic staff.
View All Events